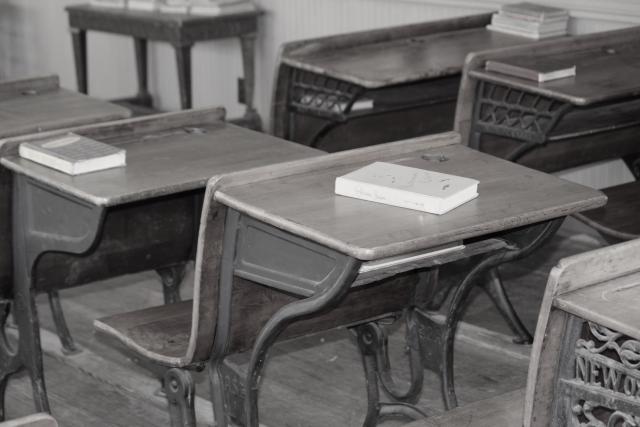 A HISTORY OF THE OXFORD HILLS SCHOOL DISTRICT

The Oxford Hills School District was formed in 1961, at the urging of the state, at a time when consolidation began to be seen as a way to strengthen and modernize education in rural Maine. At first, the combination was limited to high school students, with eight minutes between classes so that students could travel from chemistry lab in South Paris, for example, to Latin class in Norway. Tuition students traveled as they always had from Harrison and Waterford, which had no high schools. Oxford and West Paris had small high schools of their own (today the Oxford Town Office and the Agnes Gray School). At the time of the groundbreaking for the new Oxford Hills High School in December, 1965, the towns of Oxford, West Paris, and Waterford had officially joined the District, and by the time the new building was dedicated in April, 1967, the towns of Hebron, Harrison, and Otisfield had joined as well. Names suggested for the new high school included “Hannibal Hamlin Memorial High School” and “Pleasant Valley”; “Oxford Hills” was first suggested by the chair of the School Board, Glenn Chute. Because of the late addition of three more towns, the brand new building was already overcrowded with about 1,000 students, despite the addition of eight extra classrooms during the last construction phase. Also, Vocational Region #11 (in combination with the three towns of Buckfield, Hartford and Sumner) operated a separate technical school for many years in rented space. Then, in 1998, the Oxford Hills Comprehensive High School opened with both schools integrated into a newly renovated and hugely expanded building, now housing 1,100 students, and the number of students participating in technical education skyrocketing from 100 to more than 400.

Of course, the entire District was growing, and that growth was reflected in new buildings going up in town after town, in keeping with the community’s philosophy of allowing elementary school children to attend school in their home towns. Otisfield and Oxford both got new elementary schools in 1990; the Waterford Elementary School expanded outward on both wings in 1996; the new Hebron Station School opened in 2002; and the Paris Elementary School was built in 2006. Meanwhile the Middle School population grew to the point where many classes were housed in “portable” classrooms; in 2013, as even that solution grew too cramped, the entire curriculum was revamped to allow students to spread out into the North Campus in South Paris and the South Campus in Oxford.

Today the District enrolls 3400 students in the eight towns, including 1100 at the Comprehensive High School, 500 at the Middle School, and 1900 at the eight elementary schools. Geographically we are one of the largest school districts in Maine; the District school buses travel more than 3300 miles every day, or 600,000 miles a year—enough to travel to the moon and back and to the moon again. For staff, the District has 300 teachers and 300 support staff...in all, a staff of more than 600 people.

By Judy Green, a resident of Waterford, former Adult Ed. Director and current member of the District's Board of Directors